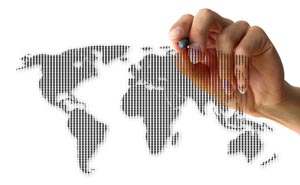 The Harmful International Tax Planning Control Committee will submit shortly the first results of its work, to be used by the Tax Administrations of the CIAT member countries.

They will be securely available (with special access codes) to the Tax Administrations, inasmuch as they include sensitive information on regulatory as well as managerial aspects applicable to international taxation.

– Compilation of comparative legislation on international taxation, which was coordinated by Brazil. It discusses tax treatment in different countries of the concept of residence, treatment of nonresidents, anti-abuse measures, among others.

– Data base with international tax planning schemes and instruments, arising from the experiences of the tax administrations represented in the Committee and coordinated by the Committee Chairman and the CIAT Executive Secretariat. There are currently 30 cases reported and shortly the computerized system will be available for accessing, loading and consulting them, according to different search criteria. A special document was also prepared, summarizing and comparing the 30 cases reported.

Also in process is a comparative study on examination of intragroup services, to be concluded shortly. The latter is being coordinated by Spain.

In addition to working on said products, this Committee also allows for rich interaction among the delegates, who exchange news and working experiences.

In order to learn more about the background of this Committee, it originated from the Working Group on International Tax Planning Control formed by Argentina, Brazil, Canada, Chile and Mexico. Subsequently, Spain, United States, Italy, The Netherlands and Portugal joined the Group. In September 2003, at the CIAT Technical Conference held in Lisbon (Portugal), the Working Group held its preparatory meeting, after which it met on several occasions in Buenos Aires (Argentina) and concluded its work with the elaboration of the “International Tax Planning Control Manual”, which was presented at the 41st CIAT General Assembly held in Barbados.

The objectives of this Committee are:

1. Develop mechanisms for an effective exchange of knowledge and experiences between the Tax Administrations for timely detecting and curbing international tax evasion and avoidance.

3. Identify legislative and/or administrative restraint measures and actions that may promote tax responsibility within the corporate government sphere, as well as in the applicable detection, selection and control processes.

– Promotion of other cooperation practices among the Tax Administrations.

Although the Committee essentially works through a virtual platform, three face-to-face meetings have been held since its establishment. The first one was held in Panama in May 2008, where the Bylaws and working guidelines were approved. The second meeting was also held in Panama in June 2009, on which occasion, achievements in the lines of action were presented, some adjustments were made and new challenges were included. For example, it was decided to undertake the study of tax havens. The Committee’s third face-to-face meeting was held in the City of Mar del Plata (Argentina), in April 2010, at which time some of the products were concluded. Another meeting is scheduled to be held in May of this year in Argentina.