In November 1986, the first Strategic Planning working group was established. Subsequently, the organization’s“First Strategic Plan” was approved by the CIAT members at the General Assembly held in Brasilia, in April 1988 and then updated in 1989 in Quito, Ecuador

Strategic planning is being used by CIAT as tool for guiding the course and action to be followed for fulfilling its mission. All the countries participate therein, by contributing their ideas and experiences and expressing their concerns in relation to the ever more complex task which CIAT must carry out as an institution in the field of taxation. 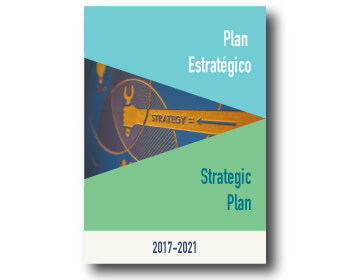 Carry out activities that promote the exchange of experiences and good practices to facilitate and promote voluntary compliance.

Develop cooperative actions to prevent and combat all forms of fraud, tax evasion and avoidance.

Develop internal management policies and external coordination for the institutional strengthening of CIAT.

The CIAT Executive Secretariat’s Annual Operational Plan is aligned with the Strategic Plan developed according to the Planning exercise carried out by the officials, with contributions and suggestions from the member countries from all the regions.

This plan includes the financial projection, with budgetary items for each of the Executive Secretariat’s programs, activities, projects and subprojects. It also included operational, tactical and strategic indicators.

For the planning process and its subsequent follow-up the Executive Secretariat developed an information system which allows for accumulating the activities up to the consolidation of strategic and tactical scoreboards and the generation of inputs for the budgetary items and shares in the accounting system. In addition reporting and follow-up systems have been developed which are related to the planning tools.