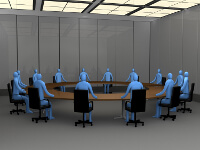 CIAT participated on June 13 and 14 of the current year in the event organized by “Tax Justice Network”, KEPA and the Ministry of Foreign Affairs of Finland. This event was held in the city of Helsinki and its purpose was to discuss alternatives for taxing multinational businesses.

Present in this event were participants from different spheres, which allowed for objective conversations regarding the “arm’s length principle”, the methods for its application and alternatives thereto, based on country experiences, studies and achievements by experts and academicians.

Among other organizations attending were OECD, ICEFI, the European Commission, IBFD, the Universities of Michigan (USA), Hebrew (Israel), Tampere, Queensland, Wayne State and Lancaster; several NGOs and communications media; the Ministries of Finance of Finland and India; the tax administrations of Nigeria, Ecuador, Mozambique, Indonesia, Dominican Republic and the People’s Republic of China.

The CIAT Director of International Cooperation and Taxation, Mr. Gonzalo Arias, made a presentation on the main issues to be considered by the Latin American tax administrations when implementing or applying their rules for controlling the harmful manipulation of transfer prices.

The event concluded with a general panel on future actions to be considered, with interesting proposals made by several of the delegates present. Likewise, a meeting was held on June 15 for discussing the future of taxing multinational corporations.

Update of Tax Rates at CIATData

Meeting of the Executive Council's Finance Subcommittee at CIAT headquarters