The analysis of tax expenditures has been part of many programs of CIAT general assemblies and technical conferences. In 2011, the Handbook of Best Practices on the Measurement of Tax Expenditures: an Ibero-American experience,was published in Spanish, English and Portuguese.

Since then, CIAT monitors the evolution of tax expenditures in Latin America and develops a database of the most important tax benefits and incentives– from central, national or federal governments-that are in force in the 17 countries of the Region. This allows us to know the evolution of their tax cost over time, both at aggregate and by tax level, as well as their composition by type of tax expenditure and budget or economic sector.

The Tax Expenditure Database of Latin America and the Caribbean (TEDLAC), is elaborated from the systematic recording of the information contained in the reports, with an opening to the highest level of disaggregation allowed in each report, plus an analysis of the country regulations that give rise to the exceptions.

In the working paper, Tax Expenditures in the CIAT Member Countries, a general overview of tax expenditures in Latin America is shown, based on the exploration of TEDLAC, displaying the observable results in the dimensions of greatest interest and also presenting the potential for analysis provided by this tool.

The data is accessible in the sections TEDLAC 2018 Database by country and TEDLAC 2018 Consolidated Database.

Additionally, in the collaboration framework between CIAT and the Intergovernmental Forum on Mining, Minerals, Metals and Sustainable Development (IGF) we offer our member countries access to the Tax Incentive granted to Mining Database developed by IGF. This database collects and compares more than one hundred specific tax regimes of the mining sector in 21 countries. 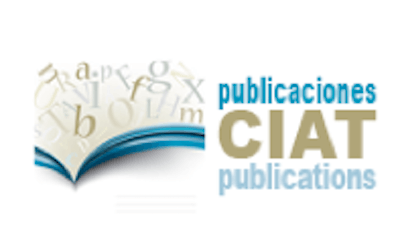